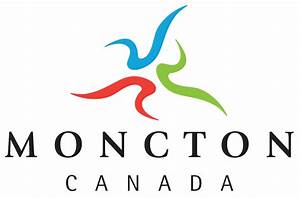 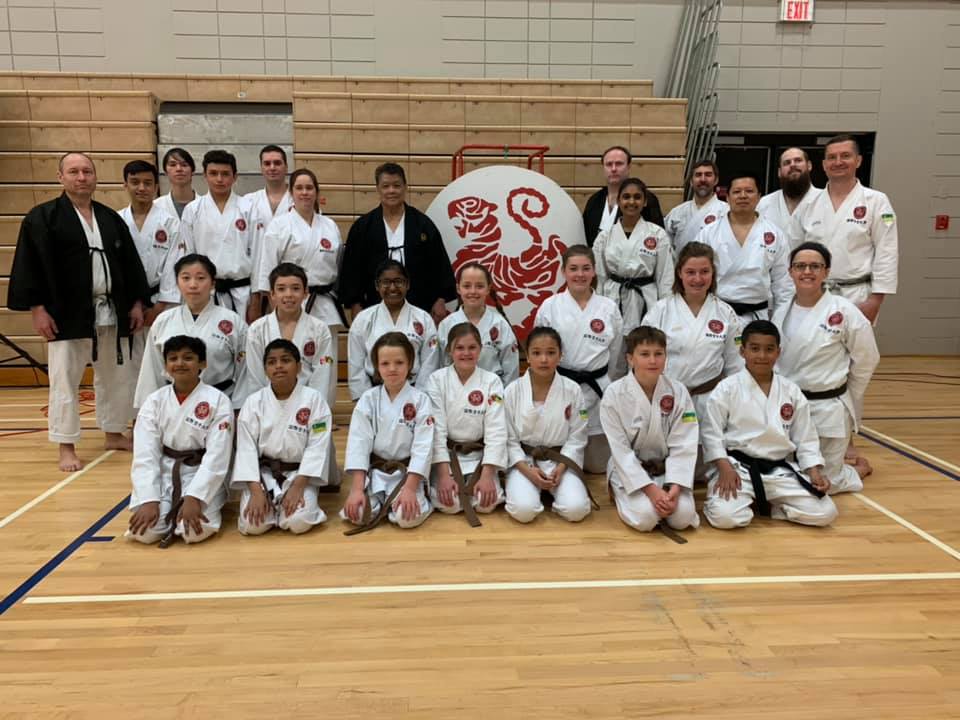 Karate athletes from Saskatchewan recently returned from Barbados where they took part in the International Karate College World Cup Championships. Sixteen members from Prince Albert, St. Louis, and Tisdale Karate Clubs made up the Saskatchewan team and returned with eleven medals. Charlotte Guo had an amazing showing by placing 1st in both Kata (forms) and Kumite (sparring) in her category. Gregory Guo placed 1st in Kata in the senior men category, and then teamed up with Erwin Chao and Larry Abbott to place 1st in Senior Men’s Team Kata, and the same three placed 3rd in Senior Men’s Team Kumite. Nola Nevland placed 2nd in Senior Women’s Kumite, while Sadie McFarlane finished 3rd in individual kata. Notable of mention was Santiago Corzo who just missed the medal standings by placing 4th in both kata and kumite in the youth boys’ events, while Erwin Chao placed 4th in Kata, and Daniel Chao placed 5th in Kata as well. All clubs in the province resume training in early September and will be preparing for the Provincial Championships being held in Rosthern in November. 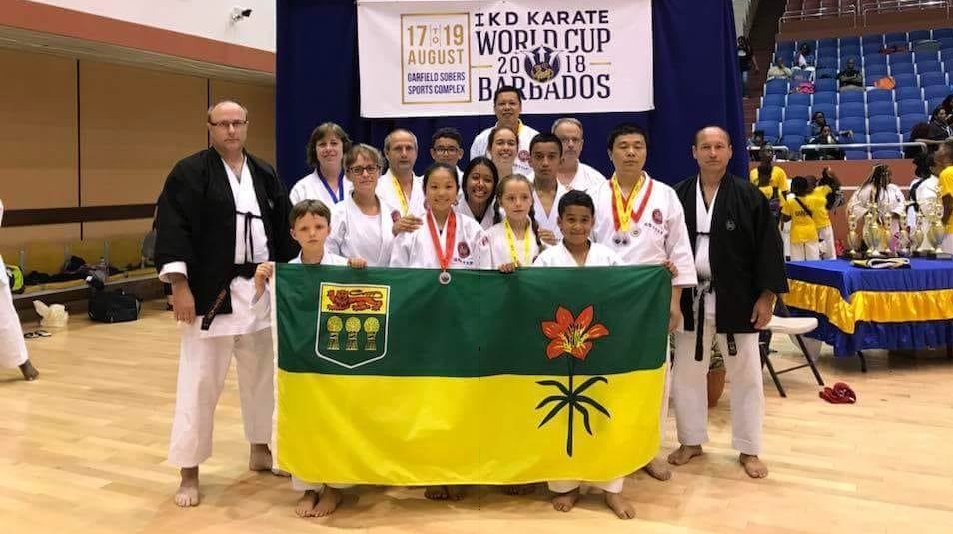